Showing posts from January, 2015
Show all

By C. Michael Daily - January 22, 2015
Arkansas was the only state to criminalize a tenant's failure to pay rent while remaining on a landlord's property. . . until this past Tuesday, when Pulaski County Circuit Judge Herb Wright held the Arkansas criminal eviction law to be unconstitutional.
The defendant in State v. Smith was charged in violation of Ark. Code Ann. Section 18-16-101, the "failure to vacate" law, which imposes a criminal penalty on a tenant when she remains on the premises, but fails to pay her rent when due.  The Defendant was convicted in Little Rock District Court, but appealed the conviction to Circuit Court.  The Defendant filed a motion to dismiss the charge, arguing that the failure to vacate statute was unconstitutional on state and federal grounds, in violation of her rights to equal protection and due process, that the law unconstitutionally chilled her right to a trial, violated the state and federal prohibition on debtor's prisoners, and that the penalty constituted cru…
Post a Comment
Read more 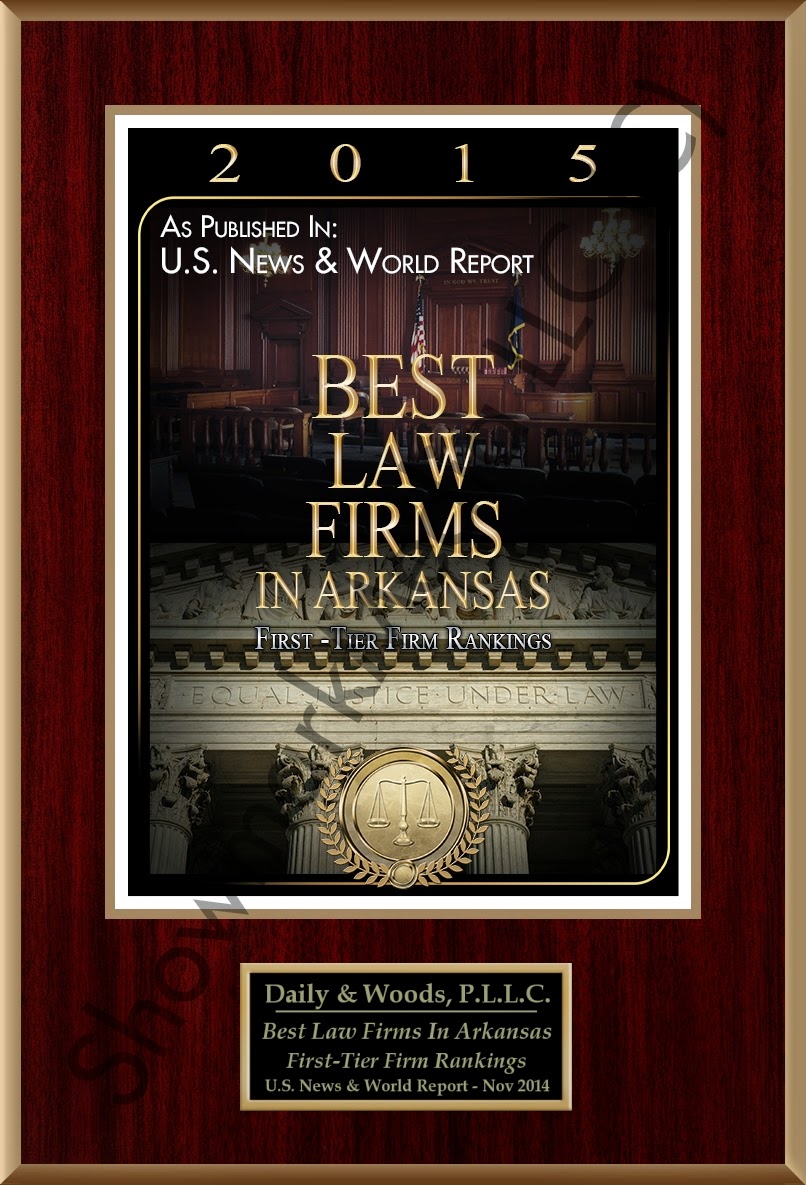 Happy New Year!  And what a great way to start off the year with recognition!  Once again Daily & Woods received a distinction from U.S. News and World Report as one of the top law firms in the State of Arkansas.  Our firm was also specifically recognized in the areas of real estate litigation and oil and gas law.  I'm proud to be a part of a firm with such distinguished members and I'm looking forward to another great year of providing quality legal service to our Arkansas clients.