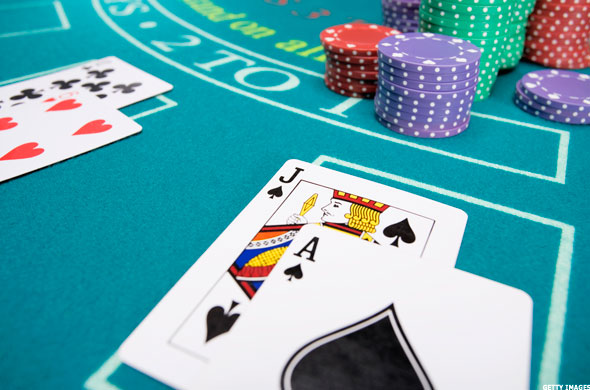 A few days ago, I outlined some items that Arkansas registered voters may want to consider before deciding on Ballot Issue 6, the Medical Marijuana Amendment of 2016.  This election is not just about medical marijuana; casinos are on the ballot too (again). This measure looks a little different from the initiative proposals you may remember. Issue 5, if approved, would authorize casino gambling in three Arkansas counties: Miller, Washington, and Boone.


You may have questions about the proposed amendment before you vote, so here are five things you should know before you go to the polls.

1. Who Will Operate the Casinos?

The individual, LLC's, and their "successors and assigns" would have the constitutional authority to operate the casinos, and each LLC would conceivably have the authority to transfer its license to a third-party down the road. The group that would receive the Washington County license has already indicated that it intends for the resulting casino to be operated by Cherokee Nation Entertainment.

2.  Where Will the Casinos Operate?

One casino would be operated in each of the counties of Washington, Boone, and Miller.  The sponsors, to date, have not identified the precise location. For those who live in Washington County, like me, you may be especially curious to know where the exact location would be.  Even if the casinos obtained constitutional approval, one would expect that the owners/operator would still be required to follow city and county zoning ordinances.  Thus, I wouldn't expect to see a casino near a residential subdivision.

3.  Has This Been on the Ballot Before?

Casinos have been a ballot topic since the mid-1980s. According to the University of Arkansas System Division of Agriculture, casinos were first on a voting ballot in 1984, when voters overwhelmingly voted to reject them in Garland County (Hot Springs), by a vote of 70.36%, against to 29.64% in favor.

In 1996, voters rejected another measure that would have allowed a statewide lottery and allowed Hot Springs, Arkansas voters to authorize a casino. This measure failed by a vote of 61.12% against, as opposed to 38.88% in favor of the proposal.

In 2000, a proposed constitutional amendment to allow casinos in Sebastian, Pulaski, Garland, Miller, Crittenden and Boone County was rejected by a vote of 63.76% against, to 36.24% in favor of the proposal.

In 2012, a casino ballot measure was initially proposed, but struck down by the Arkansas Supreme Court.

Although it was not up for a vote in 2005, the people voted into the Arkansas legislature did pass a law, codified as Ark. Code Ann. 23-113-201, that carved out a gaming exception for race tracks to allow wagering on "electronic games of skill."  This resulted in the race-ino style gambling halls at Oaklawn and Southland Park.  Issue 5 would authorize any style of gambling that presently exists in Nevada casinos, and in other states.

4.  Will the New Casinos be Regulated?

Yes.  If Issue 5 passes, the constitution will authorize the creation of the Arkansas Casino Commission.  Issue 5 does not say much about the proposed Commission except that it will consist of five members, all appointed by the governor.  Each will be on the Commission for five years. The Commission will have the authority to regulate the casinos and follow all casino-related laws passed by the legislature.

5. The Casino Amendment May or May Not Make it to the Ballot

As of today, Issue 5 remains in litigation, and may not make it to the ballot. A group known as Protect Arkansas Values has petitioned the Arkansas Supreme Court, and challenged the sufficiency of the signatures needed for Issue 5 to make the November ballot.  A "special master" was appointed by the Arkansas Supreme Court to review, and Monday, he issued a report, finding in particular that there were insufficient signatures to qualify the Issue 5 for the ballot.  The special master's report cannot determine issues of law.  Rather, all parties will now have an opportunity to brief those issues.  Protect Arkansas Value's brief is due October, 10, 2016.

It will be interesting to see whether the ballot measure makes it to the ballot at all. Even if it doesn't, how would you vote?  What else would you want to know about the casinos, or the amendment before you made your decision?

By Unknown - December 17, 2012
Because natural gas exploration has increased in Arkansas in recent years, my clients are often negotiating land transactions where they convey the surface, but retain all or a portion of their mineral interests.  One would think that it would be simple to reserve a fractional interest in minerals from the grant, but in truth, it can be tricky.  Ask any person who has drafted a title opinion --if the deed drafter is not careful, he can be tripped up by the Duhig rule. The Duhig rule is a rule of objective deed construction that has been adopted in several mineral producing states.  The rule was borne from the Texas case Duhig v. Peavey-Moore , 135 Tex. 503, 144 S.W.2d 878 (Tex. 1940).  Several other mineral producing jurisdictions have adopted the Duhig rule, either in whole, or with modifications, including Arkansas, Texas, Oklahoma, North Dakota, and Wyoming. In several jurisdictions, including Arkansas,  Duhig is employed by a judge to construe conveyances that meet the follow
Read more

Covid-19 Presents New Legal Challenges and Unique Opportunities for Arkansas Citizens and Businesses Without question, everyone's life has been effected by the Covid-19 coronavirus pandemic.  So much has changed over the last 30 days, and since little is still known about the coronavirus that has sickened so many, including how it spreads, and how it can be mitigated, governmental guidance has been a swift-moving target.  Individuals and business owners have been forced to navigate social norms and laws that seem to change every day. My legal practice is a small business, so believe me, I understand. The coronavirus has altered the way we conduct our business at Daily & Woods  and has expanded the scope of our practice.  This post will touch on some of the changes we have seen, and while there have certainly been challenges, we have also seen how the new laws have provided our clients with some good opportunities in a variety of substantive legal areas.  Legal Serv
Read more